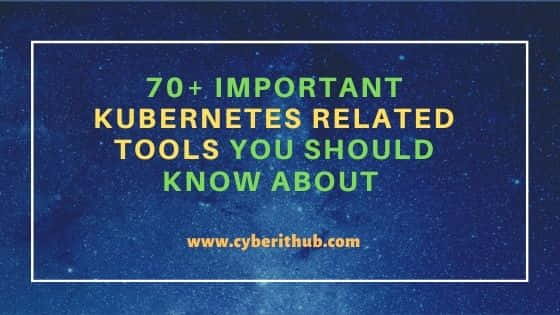 In this article, we will look into 70+ Important Kubernetes Related Tools that you should be aware of. In past few years Kubernetes has managed to become a leading Container Management technology due to various features like self-healing capabilities, service discovery and load balancing, automated rollouts and rollbacks, storage orchestration and many more. It has gain immense popularity within the community of developers, designers and programmers. There are many communities and forums where people are actively coordinating in developing many new tools and application related to Kubernetes. We will see few such utilities and tools in below section.

Important Kubernetes Related Tools You Should Know About

Also Read: 5 Practical Steps to Create and Use Replicaset in Kubernetes with Examples

Kubelet is the primary node agent that runs on each node of the Kubernetes Cluster. It is used to register the node with the apiserver.

Minikube is a local version of Kubernetes. It allows us to create a single node Kubernetes cluster on our local machine. 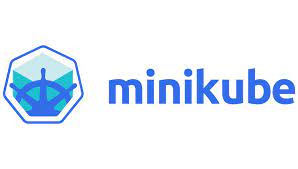 Kubeadm is designed to get a minimum viable cluster up and running. By design, it only cares about bootstrapping and not about provisioning machines. 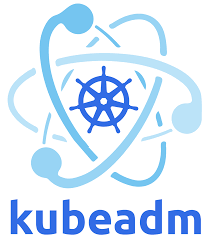 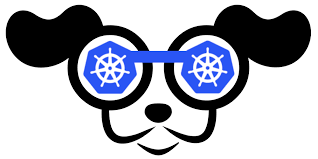 Kubespray is an Ansible based way to deploy Kubernetes in small as well as large environments. It also provides a way to verify inter-pod connectivity and DNS resolve with Netchecker.

Kops, also known as Kubernetes Operations is an automatic provisioning system which allows us to perform fully automated installation and also provides self healing feature which means it runs everything in auto scaling groups. 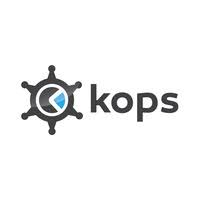 kubectx is a utility to manage and switch between kubectl contexts. Similarly like kubectx, kubens script allows us to easily switch between Kubernetes namespaces.

Prometheus is a free and open source tool to monitor microservices and container events at large scale. 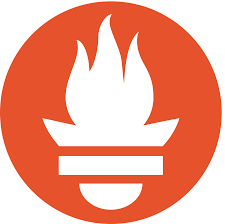 Kube-shell is an Integrated shell for working with the Kubernetes CLI. Under the hood kube-shell still calls kubectl. Kube-shell aims to provide ease-of-use of kubectl and increasing productivity.

Bootkube is a project in the Kubernetes organization, which allows us to self-host the control-plane of Kubernetes. 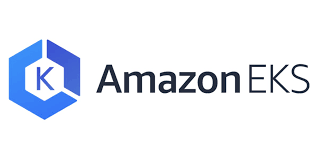 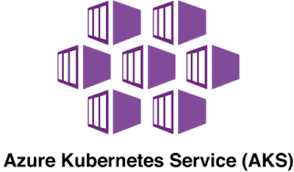 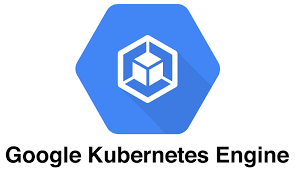 Helm is known as Kubernetes Package Manager. Helm is primarily used to install chart in Kubernetes. All the charts will be available on Helm Chart repositories. 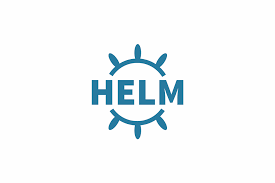 Sometimes during a major issue, you might want to look little deeper into your Kubernetes pods and try to understand the problem you are facing. Although there are multiple tools available in the market to perform this job but Kubebox is the one you might need for this kind of situation. It will not only help you monitor the pods but you can also troubleshoot and debug the cluster issues.

Dynatrace is probably one of the few tools which provides observability into every layer of Kubernetes deployment. 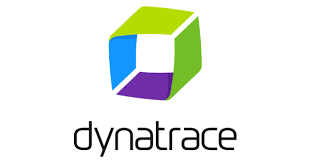 Istio is a free and open source service mesh that helps organizations run distributed, microservices-based apps anywhere. It allows applications to securely connect with each other and provide the much needed added security features. 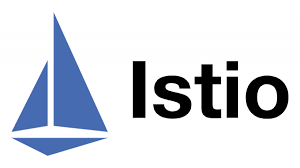 Apache Camel K is a lightweight integration framework built from Apache Camel that runs natively on Kubernetes and is specifically designed for serverless and microservice architectures.

Grafana is probably the most used GUI based tool to monitor Kubernetes cluster. It includes 4 dashboards, Cluster, Node, Pod/Container and Deployment. It allows for the automatic deployment of the required Prometheus exporters and a default scrape config to use with your in cluster Prometheus deployment. 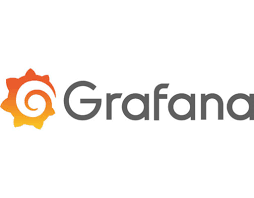 Kubeprompt is a free and open source tool that will isolate KUBECONFIG in each shell and shows the current Kubernetes context/namespace in our prompt.

Keda is another very useful open source Kubernetes event driven autoscaling tool. It works in parallel with Kubernetes Components like Horizontal Pod Autoscaler and can extend functionality without overwriting and duplication. 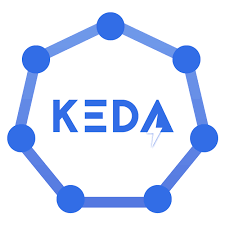 Kapp also known as Kubernetes app is a CLI based tool used for deploying resources on Kubernetes. It allows us to deploy and view groups of Kubernetes resources as applications.

Kube-ops-view is a helm chart which provides the read only System Dashboard for Multiple Kubernetes Clusters. You can use helm install --name=my-release stable/kube-ops-view command to install the Kube-ops-view helm chart.

kube-state-metrics is a simple service that listens to the Kubernetes API server and generates metrics about the state of the objects.

kube-monkey is basically an implementation of Netflix's Chaos Monkey for Kubernetes clusters. It randomly deletes Kubernetes (k8s) pods in the cluster encouraging and validating the development of failure-resilient services.

Kube-hunter is an open source tool used for finding the vulnerabilities in Kubernetes Clusters. It enables Kubernetes administrators to perform automation penetration testing to identify weaknesses in their deployment and fix it before any external attacks. 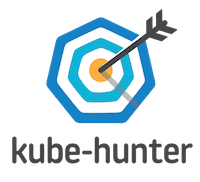 Sonobuoy is an open source diagnostic tool that enables us to understand the state of a Kubernetes cluster by running a set of upstream Kubernetes tests in an accessible and non-destructive manner.

Twistlock is a rule-based access control policy system for Docker and Kubernetes containers. It is used to protect out cloud native assets like running containers, serverless functions, non-container hosts or any combination of them. 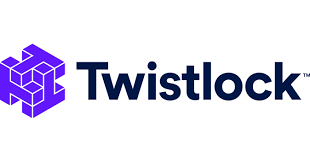 Kubeless is a Kubernetes-native serverless framework that lets you deploy small bits of code (functions) without having to worry about the underlying infrastructure. It is designed to be deployed on top of a Kubernetes cluster and take advantage of all the great Kubernetes primitives. More on Kubeless docs.

Clusterman is an autoscaling engine that can monitor Kubernetes clusters and rescale based on the workload metrics. It works in a very similar way as Kubernetes Cluster Autoscaler. All the Clusterman metrics are usually stored in an external datastore and are automatically loaded as and when required by the signals that need them.

If you are looking for a tool which can traverse the entire Kubernetes manifests and allows us to add, remove or modify YAML configuration then Kustomize is probably the best tool we can use here. I personally use this tool a lot because of its easy to use features. It is available both as a standalone binary and as a native feature of kubectl.

Telepresence is an open source tool that lets you run a single service locally, while connecting that service to a remote Kubernetes cluster. It was originally built by the team at Ambassador Labs, which builds open source development tools for Kubernetes, including Forge and Ambassador. 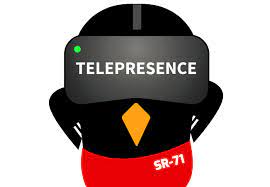 Jaeger is a free and open source tool used for monitoring and troubleshooting transactions in complex distributed systems.

Rook is a free and open source cloud-native Storage Orchestrator for Kubernetes which provides a diverse set of storage solutions to natively integrate with cloud-native environments. 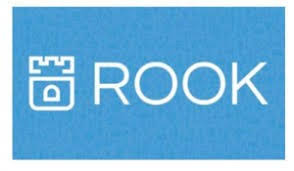 Keel is a tool for automating Kubernetes deployment updates. Keel is stateless, robust and lightweight. This tool provides several features like direct integration with Kubernetes and Helm. Keel automatically sets up topic and subscriptions for your deployment images by periodically scanning your environment. More on github.

Nuclio is an open source and managed serverless platform used to minimize development and maintenance overhead and automate the deployment of data-science based applications. 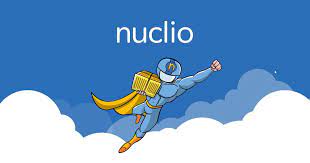 CoreDNS is a free and open source DNS Server that can serve as the Kubernetes Cluster DNS server instead of kube-dns. CoreDNS is written in GO language and it provides excellent multi threading feature over kube-dns which provides single threaded C.

Kubernetes Dashboard is a general purpose, web-based UI for Kubernetes clusters. It allows users to manage applications running in the cluster and troubleshoot them, as well as manage the cluster itself.

kube-aws is a command-line tool to create/update/destroy Kubernetes clusters on AWS.

If you are looking to create Cloud-native applications on Kubernetes then Draft is the best utility one can use here. It makes developers job easier by creating artifacts they need to build and run their applications in Kubernetes. Draft can also builds the container image for an application and deploys it to Kubernetes.

Skupper is a layer 7 service interconnect. It enables secure communication across Kubernetes clusters with no VPNs or special firewall rules. With Skupper, your application can span multiple cloud providers, data centers, and regions.

Kubeflow is a free and open source project designed to deploy Machine Learning workflow on Kubernetes Clusters simple and effective. 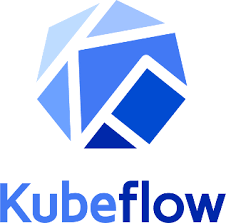 Volcano is a batch system built on Kubernetes. It provides a suite of mechanisms that are commonly required by many classes of batch & elastic workload including: machine learning/deep learning, bioinformatics/genomics and other "big data" applications. More on github.

Kubevious is a free and open source applications that enables us to visualize all the Kubernetes Cluster information in a powerful GUI Interface. 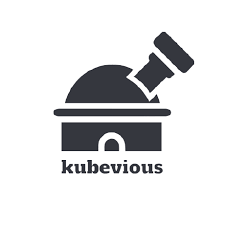 Kubestone is a benchmarking Operator that can evaluate the performance of Kubernetes installations. 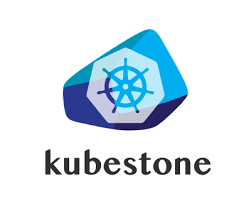 Kubewatch is an open source tool written in Go language and developed by Bitnami Labs. It acts as a Kubernetes event watcher that publishes and notifies any resources changes in a cluster to a preset channel/slack.

Kubebox is a very useful terminal and web GUI utility that allows us to monitor Kubernetes Cluster in real time.

If you ever wanted to stress your Kubernetes Clusters and check its performance then you should probably go for Kube-burner utility. This tool is designed to stress different Cluster components by creating and deleting Kubernetes resources.

If you are looking for an utility that performs static code analysis of your Kubernetes object definitions then Kube-score is the one best suited here. Kube-score provides us a list of recommendations of what we can improve to make our application more secure and resilient. 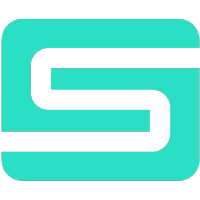 Kuberhaus provides a simple to use Kubernetes dashboard with node/pod layout and resource requests information.

Kubeman is a very useful utility that allows us to find information about Kubernetes Clusters.

MetalK8s is an opinionated Kubernetes distribution with a focus on long-term on-prem deployments, launched by Scality to deploy its Zenko solution in customer datacenters.

Tilt is basically created for running in Dev environment just the way Kubernetes runs in Prod environment. Tilt automates all the steps from a code change to a new process: watching files, building container images, and bringing your environment up-to-date.

Copper is one of the important Kubernetes configuration validation tool. It will be specifically useful for validating configuration files using Rules.

ko is a simple, fast container image builder for Go applications. It's ideal for use cases where your image contains a single Go application without any/many dependencies on the OS base image (e.g., no cgo, no OS package dependencies). ko builds images by effectively executing go build on your local machine, and as such doesn't require docker to be installed. This can make it a good fit for lightweight CI/CD use cases.

Devtron is an excellent open source GUI based tool for Kubernetes deployment.

Argo CD is a declarative, GitOps continuous delivery tool for Kubernetes. Argo CD automates the deployment of the desired application states in the specified target environments.

Kyverno is a Kubernetes policy engine that can validate, mutate and generate configurations using admission controls and background scans. Kyverno policies are Kubernetes resources and do not require learning a new language. Kyverno is designed to work nicely with tools we already use like kubectl, kustomize, and Git. 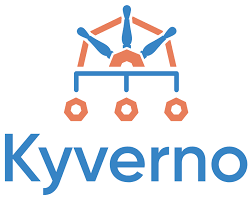 Replex is probably the only tool available which allows us to monitor Cloud Native Infrastructure spend across Kubernetes clusters.

kubefwd is a command line utility built to port forward multiple services within one or more namespaces on one or more Kubernetes clusters.