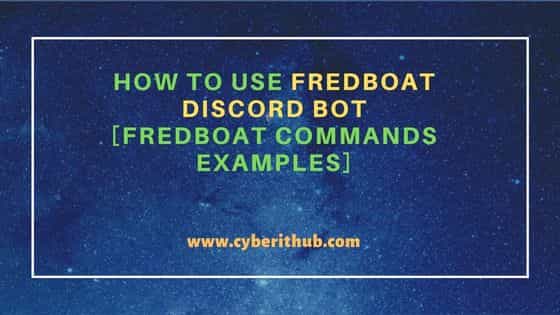 In this article, we will see how to add and use fredboat discord bot. Discord is a popular online communication platform that gamers and other communities use to connect. One of the standout features of Discord is the ability to use bots, which are automated programs that can perform a range of tasks within the platform. These tasks may include sending messages, moderating conversations, and responding to specific events or commands.

Also Read: How to Add and Use Birthday Bot Discord Bot

There are several reasons why Discord has integrated the use of bots into its platform. Firstly, bots can significantly improve the functionality of Discord servers. They can perform tasks that would otherwise be time-consuming or tedious for humans to manually, such as welcoming new members to a server or sending out reminders for upcoming events. Additionally, bots can help to enhance moderation on Discord by automatically deleting inappropriate messages or issuing warnings to users who break the rules.

Another reason why Discord uses bots is that they allow for customization. Discord users can create and add their bots to their servers, which enables them to tailor the server's functionality to meet their specific needs. This means that users can have a Discord server uniquely suited to their interests and preferences.

Finally, Discord bots can provide entertainment for users. Some bots are designed to play games or music, which can add an extra layer of fun and engagement to the platform.

This is where FredBoat Discord Bot comes into play. FredBoat has recently been gaining attention as it is a music bot. Discord users have begun relying more on music bots for several reasons:-

These factors have motivated server mods to adopt music bots as it builds a community within the server.

Fredboat Discord bot has certain features which makes it different from the rest of the music bots out there. These features ensure that it has multiple points of differentiation against its competitors.

Firstly, FredBoat Discord Bot has the ability to play music from different platforms and supports playlists and livestreams too. This gives users the ability to play music from twitch streams without having to launch twitch or keep it open in the background. Moreover, Fredboat Discord Bot also can search directly for songs without having to provide it with the link.

This makes the entire process extremely easy as users do not have to search for links. They simply have to type in the bot’s command along with the song’s name. Fredboat has the ability to shuffle your playlist. This allows users to shuffle the playlist they want to listen to. Moreover, users can also loop a single song, or the entire queue.

Lastly, FredBoat has an intuitive “music room” that allows you to add songs to the queue and search for them without having to use discord itself.

All in all, these features are essential for every music bot as they put it against music streaming apps. However, bots have the added benefit of being integrated into servers, being free, and allowing multiple users to listen together.

How to Invite FredBoat Discord Bot 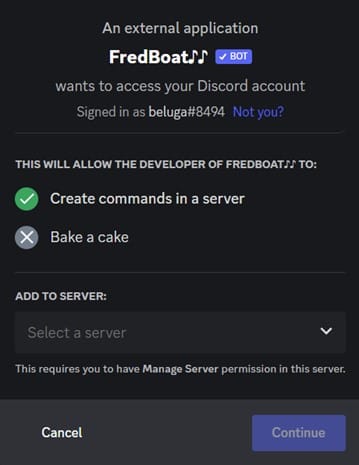 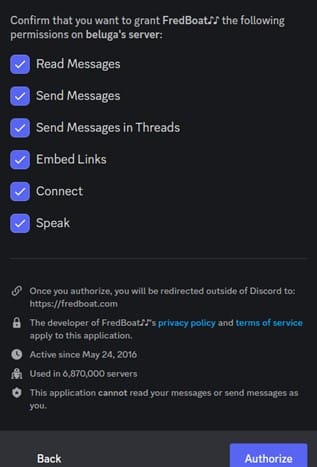 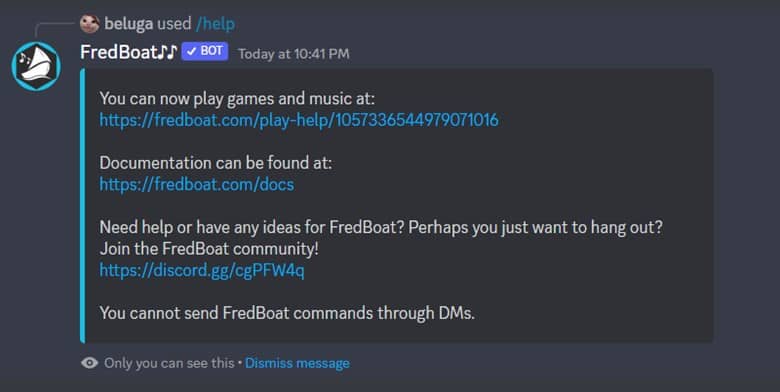 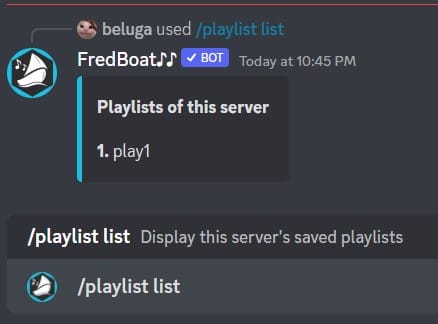 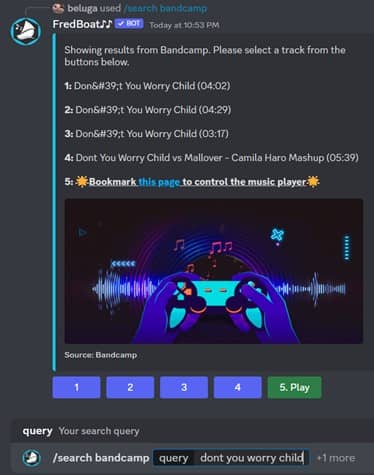 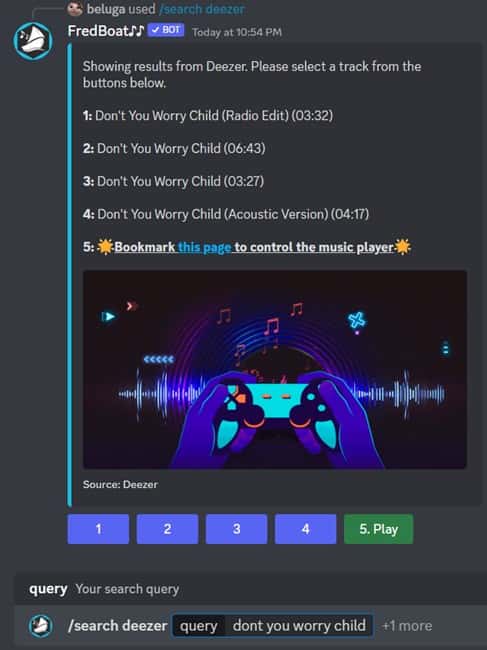 These are all of the commands available in FredBoat Discord Bot. These commands give you the ability to play/pause music along with other important functions such as creating playlists.

To summarize, the FredBoat Discord bot is a music bot that allows discord users to play songs within a server. Although it might not have flashy features as other bots have, and is limited to certain platforms, its ease of access allow for it to be a great bot.