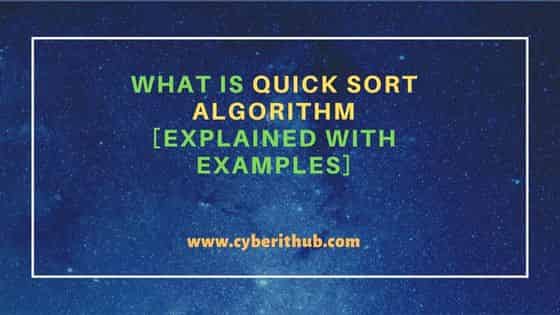 In this tutorial, we are going to look at another sorting algorithm called Quick sort algorithm. It is an in-place sorting algorithm developed by British computer scientist Tony Hoare in 1959 and published in 1961. This algorithm is basically based on divide and conquer strategy. In this strategy we divide the problem into smaller parts, solve the problem for each smaller part and then merge all smaller solved parts into one. It is known as the fastest of all the sorting algorithms and hence widely used for quick and efficient searching. We will understand more about this algorithm in below section with the help of detailed examples.

What is the Quick Sort Algorithm [Explained with examples]

Also Read: What is Bubble Sort Algorithm [Explained with examples]

Let's take one small example to get a basic understanding of how this quick sort algorithm works, later on we will understand this algorithm with the help of pseudocode then we will get to know how we rearrange and divide the array:- 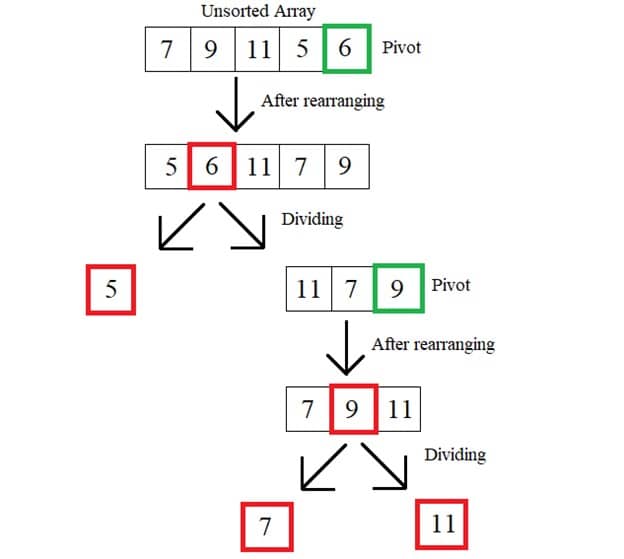 Now we will understand how this rearranging and division of array works out. The Pseudocode for Quick Sort Algorithm is as follows :- 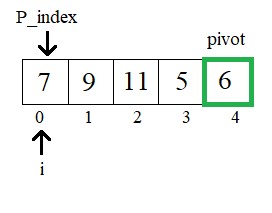 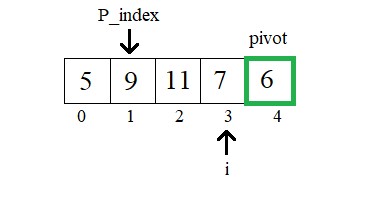 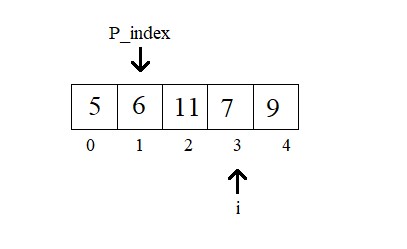 Partition index returns P_index which is 1. Now the Quicksort function calls itself for an array part which is before the P_index.

Quicksort(Arr[ ],0,0) , since start is not less than end it will simply return. Now Quicksort calls itself  for the array part which is after the P_index.

Quicksort(Arr[ ],2,4) , since start is less than end it will again repeat the same process it will again call Partition(Arr[ ],2,4) which will return the correct index of pivot element and this process will continue until the sub array contains only one element.

Here I am using Visual Studio Code to write the C/C++ program and the MinGW-w64 compiler is used for compiling the code. 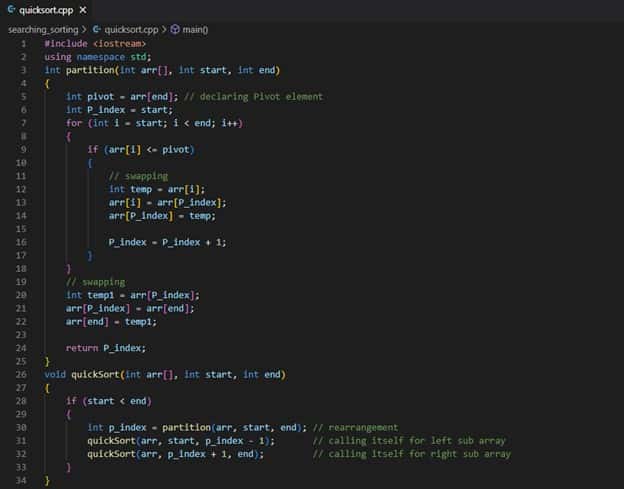 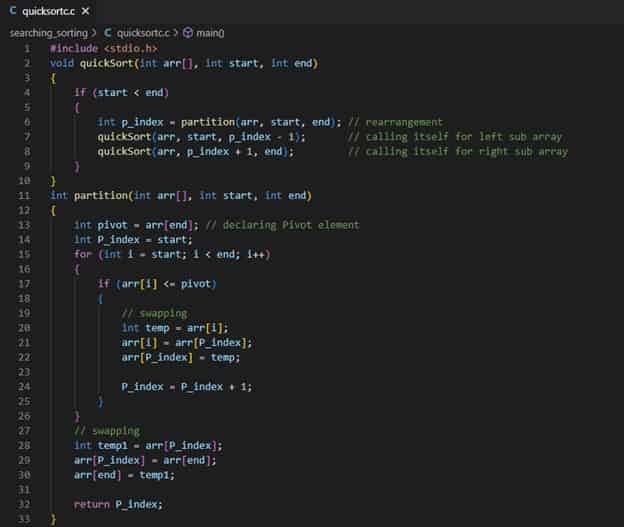 In the Quick sort algorithm, we divide the array into two parts , then again into two parts till only a single element is left so this division takes log(n) time where the Partition function takes (n) time as it contains one for loop. So the total average time complexity of Quicksort Algorithm is O(n*log(n)).

The worst case time complexity occurs when the pivot element always lie at the extreme left or right position just because of this the array division also takes n time and total complexity becomes O(n*n) equivalent to O(n2). We are not using any extra space so time complexity is O(1).