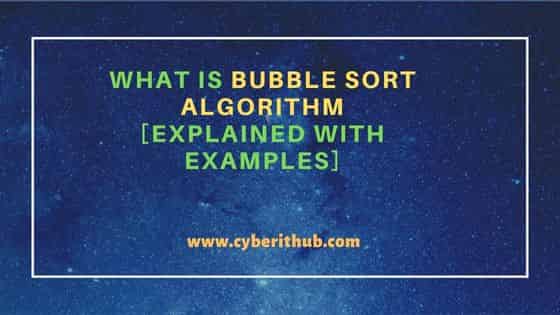 In this article, we will see what is Bubble Sort Algorithm and how it works. Why is sorting necessary? It is necessary because we can locate an element in a sorted list more quickly and efficiently, something that will be very difficult to do in a list where elements are in random order. There are many sorting algorithms developed over the time to sort the elements is much more efficient way, each of them having their own pros and cons. While we have discussed some of them in our earlier articles, here we will look into one such sorting algorithm called Bubble Sort.

What is Bubble Sort Algorithm [Explained with examples]

Bubble sort is a very simple and easy to implement sorting algorithm. In the Bubble sort algorithm, elements tend to move up in the correct order same as the bubbles rising to the surface and that is how the bubble sort algorithm gets its name. Logic starts with comparison of two adjacent elements and if the left element is greater than the right element, they swap their positions and comparison proceeds till the end of the array. It is not ideal for large datasets as it has high time complexity.

The main idea is to compare adjacent elements, if the left element is greater than the right element, then we will swap.

Let us take a small example with only three elements , for basic understanding of how this bubble sort algorithms work

As we can observe the elements are already placed in non-increasing order, we will sort them in increasing order using the bubble sort algorithm. As there are three elements, there would be ( 3 - 1 ) i.e. 2 rounds of comparison. In the first round the greatest element will find its correct position which would be extreme right. After each round one element will occupy its correct position. 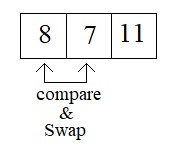 Let us take one more small example , we have a list of numbers stored in an array

There are 4 elements so 3 rounds of comparison will be done. 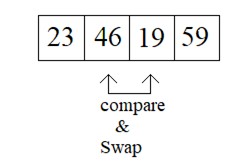 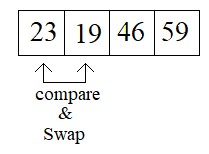 Here I am using Visual Studio Code to write below C/C++ program and the MinGW-w64 compiler is used for compiling the code. 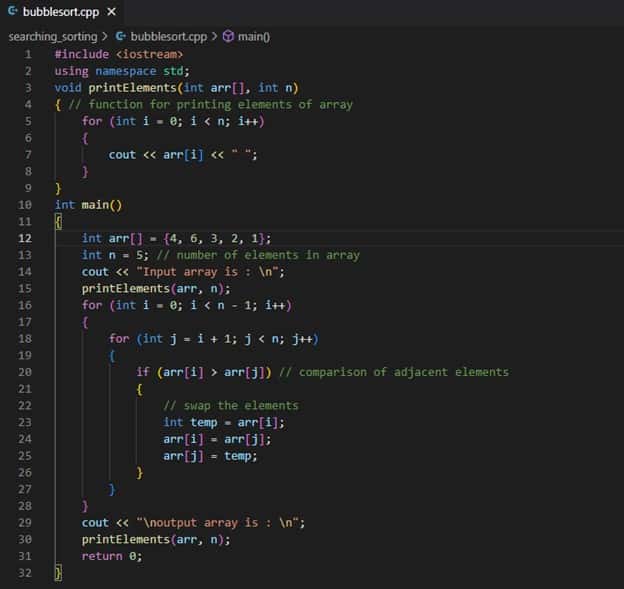 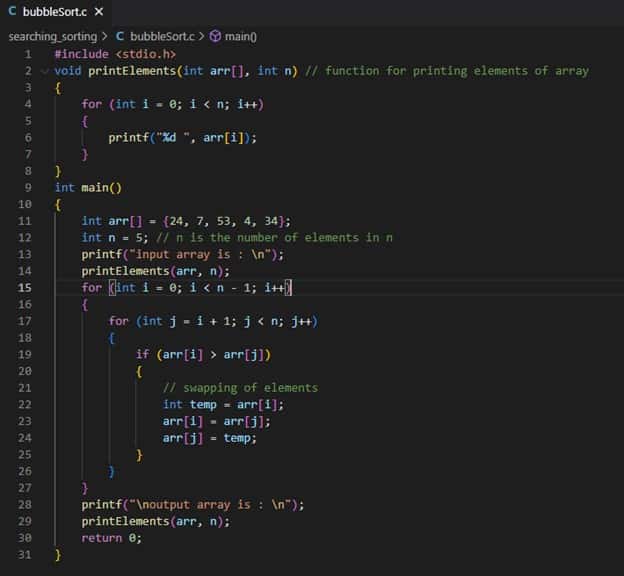 Similar to above, here also I am using Visual Studio Code to write below C/C++ program and the MinGW-w64 compiler is used for compiling the code. 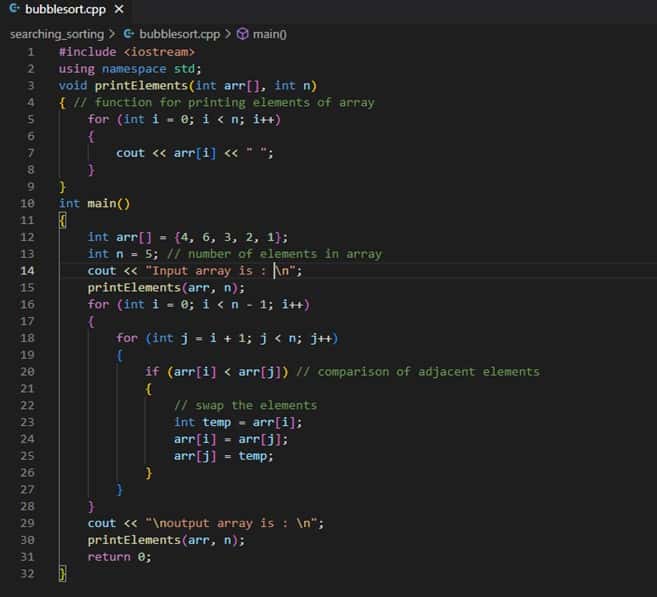 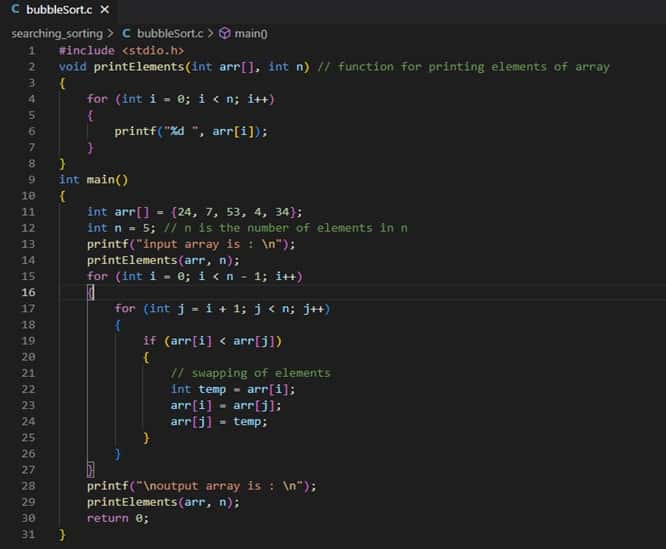 It is a simple algorithm of a few lines of code which includes mainly two for loops. We repeatedly compare adjacent elements and swap if they are not in the correct order. The time complexity of the Bubble Sort Algorithm is very high, that is O(n2) and space complexity is O(1).