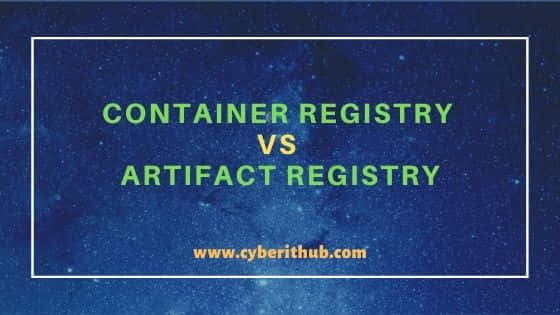 In this article, we will see the list of differences between Container Registry and Artifacts Registry of Google Cloud. Google container registry is the central place to manage docker images, perform vulnerability analysis and grant access using fine-grained access control. Artifact Registry is a very recent service introduced in the google cloud with most of the features inherited from Container registry along with some advanced new features. As of now, both works hand in hand but in future, most probably Artifact registry will replace the container registry. Let's see some important differences between the two in below section.

Also Read: How to Get the Root Password for Google Cloud Engine VM in 3 Best Steps