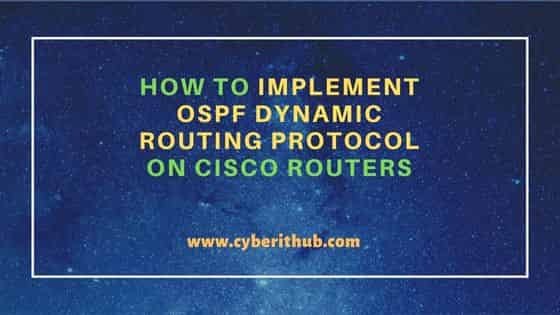 To forward data from a source to a destination, routers have to use certain mechanisms. There are two major classifications of routing techniques used in most networks today, they are Static and Dynamic routing. Static routing involves the use of predetermined values that are present in the routing tables of the routers.

Conversely, dynamic routing is a configuration that enables efficient routing of data when a router is connected to multiple networks. The router does this by adjusting automatically in response to changes in network topology. It actively learns about routing information and adds the best route to its table.

Routing protocols can also refer to broader standards surrounding these routing techniques. Interior Gateway Protocols (IGP) and Exterior Gateway Protocols (EGP) are two major classifications of dynamic routing protocols. I am assuming you are familiar with basic networking terms and principles. If not, then check An Introduction to Basic Networking Concepts and Principles to get familiar with.

OSPF is a classless, IGP dynamic routing protocol. It uses Link State Routing (LSR) algorithm to gather routing information from nearby routers which it uses to build a topology map.

It is open standard making it available to multiple vendors. And it is widely used in the implementation of LAN networks.

Other examples of IGP routing protocols include :-

Why is it so Popular

Each routing protocol has its strengths and weaknesses, however, OSPF is widely used for several reasons including :-

Before we go into setting up the OSPF protocol there are some important concepts relating to its operation you need to know.

With much of that out of the way, let's get down to implementation!

How to Implement OSPF dynamic routing protocol on Cisco routers

For the sake of simplicity:-

To use these devices, we have to assign IP addresses to them, then we turn the interfaces on.

a) Configuring the devices

We begin with the routers. Click on the routers and assign IP addresses to their interfaces.

We can turn its interfaces on using the no shutdown command.

Repeat a similar process for router1.

Next, set and turn the interface on for g0/1. 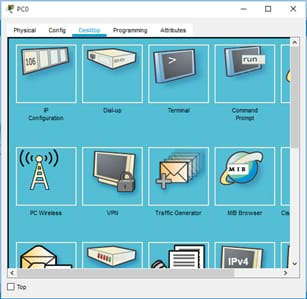 Since PC0 is connected to router0's interface we set it's 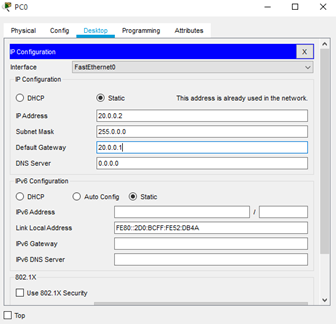 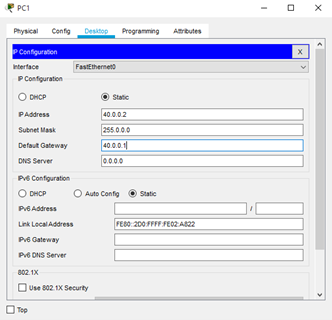 After doing the above, the network should look similar to this.

Now we test the network to confirm connectivity. We do this using the ping command from PC0's terminal. 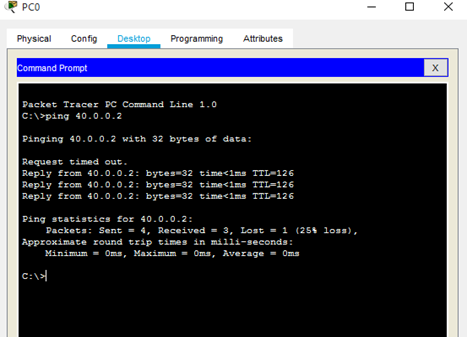 There are two important commands needed to configure our routers to use OSPF.

The area code should be the same value for both routers. We will be using 1 as the area code.

Wild card masks are similar to subnet masks in that they are used for matching bits in network addresses using an AND operation. But unlike subnetting, wild card masks reverse the significance of 0s and 1s.

The wild card mask is used in OSPF to mitigate the limitations of classful protocols which can not tell the difference between networks.

Do the same for Router1

And that's it. Next, we need to verify that our setup was successful. We can do this using the show ip ospf neighbor command.

So we are good.

And that is all. We have successfully configured our routers for OSPF dynamic routing protocol.