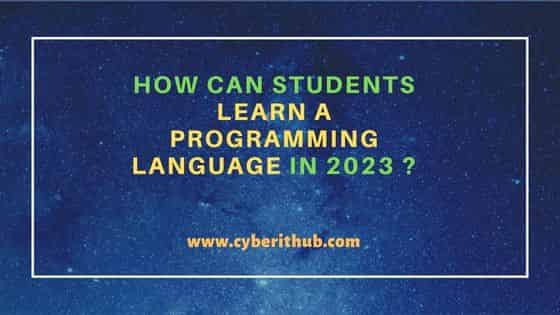 The skill of writing a computer program is one of the most important in the modern world. Computers, smartphones, and other gadgets are actively used in all areas of activity; almost any service uses these technologies. People who want to get a good job, opportunities, and other benefits should know what the most in-demand programming languages in 2023 to learn are and how they can learn them.

Programmers and developers are rapidly evolving. There are several options for programming languages that are suitable for experts or beginners and different application methods. And you must understand that when choosing a particular language, you may encounter a number of problems. The most common problem is completing assignments while learning a language. In this case, it is better to ask to do my programming homework on specialized sites. There, an expert who is knowledgeable in your programming language will do your assignment professionally.

In practice, there are several programming languages. Each of them has specific goals, has a unique set of syntaxes, and some of them are used to form a full-fledged industry. They differ in the degree of abstraction and are divided into high and low levels.

This is a category that includes machine instructions classified into assemblers and machine levels.

With this kind of language, people can create programs that will not depend on the computer. This class belongs to the high level since the languages are close to human, which ensures ease of understanding but needs the logic of the task. To compile to a low level, a compiler is used. The main advantages of this category are ease of maintenance, training, and lack of dependence on machines, which gives portability.

How to learn TOP programming languages in 2023

You don't need to learn all options at once. To begin with, it is enough to deal with one and, after achieving results in it, move on to studying and mastering new methods of writing codes.

It is recommended to start learning the described language because of its simplicity for developing applications for smartphones or web platforms, games, and other programs. The language itself was created in 1995, but then it was called LiveScript. The main specialization is front-end, but it can claim the title of full-stack development.

Swift is open source. The syntax is similar to English, so it may resemble Java and C#. The code is optimized with high performance, which has a positive effect on scalability. The language is a must-learn for any developer who wants to develop apps for the App Store.

Together with Scala, engineers can increase the quality of the code they write. Parallel programming is allowed to perform jointly complex procedures. In addition, the language is strongly typed. Developers, with its help, will be able to create and customize their personal data types, and this eliminates a number of errors.

It is much easier to learn; it is ideal for developing web servers and full-fledged machine-learning packages. It is easier to learn it if you have a basic knowledge of any of the programming languages; otherwise, it will take more time to master. The demand for learning the language was caused by the simplicity and use of a modern structure, a simple and familiar syntax for developers.

Python is one of the best programming languages in the world. It is considered the most convenient; its syntax is clear and very reminiscent of English. This factor makes it good for beginners. The language is fast and easy to use and will be considered the best for programming and learning in 2023.

In the field of software development and web development, programmers need to know all programming languages. You can choose some of the most suitable tools based on specific goals and objectives. For example, if you want to get into machine learning, you do not need to start learning Java or C#.